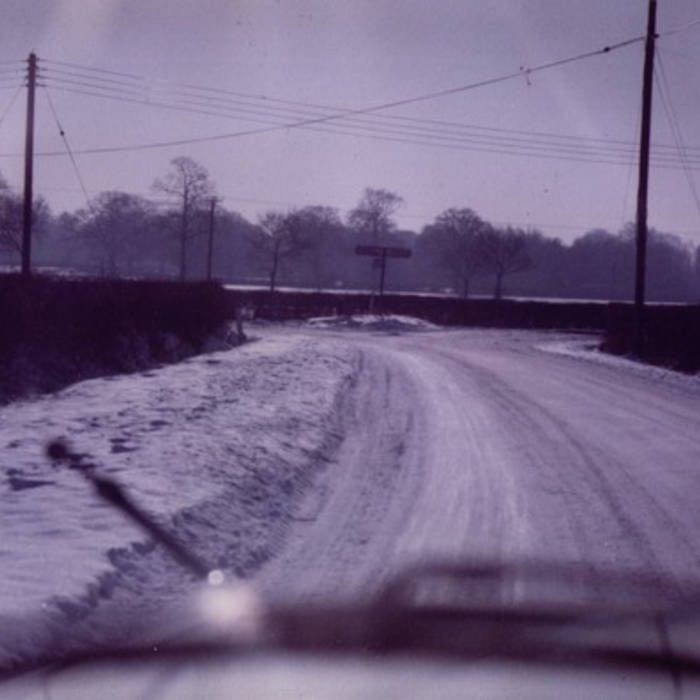 Born in 1986, Tom White is a sound and visual artist currently based in London. So far in 2009 he has released two limited-edition EPs, Sight See on Smallfish and A Well-Known Phrase on Under the Spire.

These various layers of sound were later edited into the tracks that make up the record, the improvised and layered approach to the music carefully linking to the found-image collages that provide the album’s artwork.

Boomkat - Album of the week

Arriving in the midst of a bitterly cold January the Hibernate label could hardly have timed this release any better. 'In Poor Visibiity' positions itself as an ode to your wintry woes, sporting a sleeve image that could have been snapped outside your house this very morn. It wasn't, incidentally; as it turns out the cover-mounted photo is a found picture that electronic composer Tom White took as an inspirational starting point for his music. The evocative imagery of frost, snow and ice continues to be of great inspiration to ambient and microsound composer types, as the list of blizzard-pummelled soundscapes grows ever longer: in the past we've had the likes of Thomas Koner, Bernhard Gunter, Taylor Deupree, Lawrence English and White's Hibernate labelmate Ian Hawgood all revelling in the bleak midwinter, and In Poor Visibility is a notable entry into this fine tradition. Beginning with 'Global' as a kind of overture, White fires his album up with some magisterial drone work and a collage of various natural sounds, all filtered through a soft-focus, blurry recording aesthetic. Starting to pick apart his soundworld, 'On Sundays' finds White reducing down to scratchy panning noises, minuscule twitches of guitar and a brooding, bassy swell of background tones, and 'Cecil Andrew' further delves into more textured terrain, sounding a little like a Gas recording caught in a downpour of sleet. The album cleverly avoids sounding too pastoral, throwing in one or two coarser sonic constituents as time goes on (you'll hear a fair amount of distortion and feedback circulating in the outskirts of the mixes here) meaning that you're never fatigued by sugary sweetness. Even in the most serene moments - during the excellent 'Visibility' for instance - there's always an undercurrent of dissonance close by to keep you on your toes.

Tom White continues to go from strength to strength with another absolutely marvellous album, this time on UK homegrown label Hibernate. What I like is the way he’s becoming more and more refined with each release, yet he’s lost none of the earthy goodness that made me sit up and pay attention in the first place. It’s good to hear him so comfortable with longer compositions, such as the 12 minute ‘Cecil Andrew’, and yet he’s still equally at home with the shorter pieces as well. A deep and melancholy sound pervades his work which I find particularly appealing and there’s a scratchy, organic sound to the work here that gives it a ‘realness’ that suits the kind of music he’s writing. There’s beauty, certainly, and also plenty of melodic elements, but I think he’s at his strongest when he’s delivering the kind of soundscape / textural work that he’s become more and more known for. Live processed guitars and electronics provide much of the underlying texture and with edits layered on top it creates a spellbinding mixture of clean and musty, dark and light, beautiful and strangely dissonant. This combination is the real strength of his work and, as ever, listing each track would undo a lot of the work that’s been put in to make it coherent as a whole. Each track is a small work of sonic art on its own, yet together it makes for a totally complete sounding full album. Simply put Tom White is an exceptionally exciting prospect on the UK improv / electronic scene and this album merely confirms just how good he is. A massive and resounding recommendation.

Bandcamp Daily  your guide to the world of Bandcamp

New sounds from Mavi, Ivy Sole and Moderator, plus AJ The One joins the show, for her latest release